The Pilo-Genic System offers a simple and painless technic of topical treatment for male pattern (hereditary) baldness. It applies to females as well, and is equally effective in both sexes. It is a simple and relatively inexpensive method that has been utilized by tens of thousands of persons without any side effects. Primarily the Pilo-Genic Mini-Emulsion® lotion and shampoo are directed toward the control of excessive hair loss and the stimulation of re-growth of hair where the follicles are still viable. In many instances, diligent application of the biotin containing products has cleared up cases of seborrheic dermatitis and dandruff as well.

Pilo-Genic Research Associates, Inc. is an organization which has been in operation since its inception in 1975. Headed by the late Dr. Edward Settel, a distinguished New York physician, highly recognized in the field of pharmacology and new drug research and development.

Dr. Settel was one of the first to do in-depth studies on the causes of male and female pattern baldness. He was the inventor of the Mini-Emulsion® Delivery System, which is the basis of all Pilo-Genic products. Pilo-Genic Research dispenses its own exclusively formulated product line which controls excessive hair fallout, and stimulates the production of new hair growth.The treatment has been successfully utilized by tens of thousands of our clients and patients for over a quarter of a century.

The basic reason for the effectiveness of the Pilo-Genic treatment system is its exclusive and unique Mini-Emulsion® delivery system. This system, available only in Pilo-Genic products, is the vehicle which allows all Pilo-Genic products to have a penetration level that has never before been achieved.

Our exclusive Mini-Emulsion® hair lotion is applied to the thinning areas of the scalp, painlessly and effectively carrying the pure Biotin directly into the hair follicles. Here it stimulates protein synthesis and the metabolic binding of excessive dihydrotestosterone which is the major cause of hereditary pattern baldness in men and women.This is the stimulus which results in new hair growth.The Pilo-Genic Mini-Emulsion® shampoo, controls excessive hair fallout, thus controlling further hair loss. Our exclusive Mini-Emulsion® conditioner strengthens and conditions the hair shaft, making it less brittle, and much healthier.

Hard core evidence has been revealed to the medical profession by late Dr. Edward Settel that solidly supports the claim of skin penetration to the Mini-Emulsion®. The latter is the vehicle utilized by all of the Pilo-Genic product line to effect rapid and painless penetration of the skin, enabling the active ingredient, biotin, to be carried into the cells of the hair follicles. It is this unique technology that makes Pilo-Genic biotin the only one available that reaches the site where it is needed in dosages of 2,000 micrograms daily.

Evidence of penetration was provided by Arthur D. Little Laboratories in 1965 in Cambridge Mass. The protocol of this prestigious organization was to determine particle size of the Mini-Emulsion® and then to do radio-isotope tagging of the emulsified particles to determine skin penetration in mice.

By electron microscopy, it was determined that the particle size was in the range of 5-100 millimicrons. This is smaller than the encephalitis virus! The report was dated July 14, 1965 and was entitled "Studies of Particle Size and Distribution of Clear Emulsions."

The penetration of skin was established by radioactive tracer studies, published October the same year, all tagged components of the emulsion were applied to the abdomen of mice which were later sacrificed. The treated areas were sectioned and radioactivity was found in the skin and deeper tissues of the mouse abdomen, as well as the urine and feces. Heavier molecules remained in the subcutaneous tissues.

Control of the particle size was achieved many years later through very sophisticated chemical techniques; the size can be controlled from micro- to mini-emulsion size, the latter confining the active ingredient to the skin and subcutaneous tissues, avoiding the general circulation.

Cause Of Hair Loss

The most common form of hair loss in men is Male Pattern Baldness (MPB) or androgenic alopecia. This condition is aggravated by and dependent on age, heredity and hormone levels. In addition there are several factors that can cause hair thinning and hair loss among men and women, many of which are related to living in today's modern world. 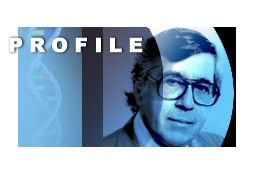 Who Is Dr. Edward Settel?

The late Dr. Edward Settel, the inventor, developer, and research director of the Pilo-Genic System of treatment, a Fellow of the American Academy of family physicians, well known in the field of pharmacology and drug development, practiced internal medicine, geriatrics and experimental pharmacology in New York City for over 35 years. Dr. Settel pioneered the use of tranquilizers in the treatment of senile agitation. One of his publications on this subject won the coveted Mead Award in 1956 for one of two most significant articles published in GP for the previous year. Dr. Settel's scientific exhibitions on hair growth won a blue ribbon in 1975 at an annual convention of a prestigious medical society.

How Did Dr. Settel Develop His Treatment?

In 1966, Dr. Settel, a family physician whose specialty was geriatrics, was researching a geriatric cream for bed sores and other skin ulcers. He treated a bald 91 year old nursing home patient for a 1 inch scalp ulcer. After the sore healed, three weeks later Dr. Settel noticed a little patch of fine hair, about an inch and a half long.

This discovery led to four years of research and many scalp lotion formulas until he finally developed a product that was submitted to the Food & Drug Administration where it was approved for human testing.

He was not the first to try estrogen for male pattern baldness, which was considered to be a hereditary condition related to an excess of testosterone in the scalp tissue. However, Dr. Settel determined that his cream worked where others failed because he used as a vehicle a Mini-Emulsion® whose molecular aggregates were small enough to penetrate the intact skin. Furthermore, he observed that 2.3 percent of the male patients developed swollen and tender breasts. His search for an alternate hair growth stimulant led him to the field of co-enzymes where he unearthed the potential of biotin (a known member of the vitamin B-complex family) to stimulate hair growth in dormant follicles. His findings led him to incorporate biotin with his Mini-Emulsion® delivery system a penetrating vehicle like no other ever, the results were phenomenal.This was the beginning of the Pilo-Genic Treatment System. 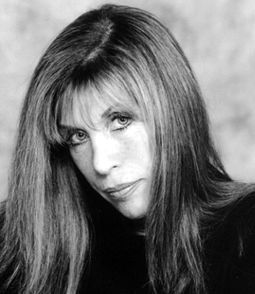 Stephanie Settel Rosken, daughter of the late Dr. Edward Settel, is now heading the Pilo-Genic organization. She had for many years worked closely with her father helping to run the large office in New York City, where Dr. Settel was then seeing patients with hair loss and balding problems. The Pilo-Genic Mini-Emulsion® products were first used at this office. Subsequently, Pilo-Genic had 60 clinics in operation throughout the United States, Canada, and Europe. Stephanie is dedicated to keeping her fathers' dream alive, and in continuing to help the multitude of people world wide in saving their hair and growing hair in those that have had significant hair loss. She is available to answer any questions you might have.